If you define India with its historical significance and cultural architecture then you would cannot miss defining and mentioning the historic sites and monuments of India. The caves of India represent the true glories of the past. The cave temples of India show the work of art and topography at its best. Here are the 15 best cave temples of India that you must explore.

The most famous cave temples of India has to be the Ajanta caves in Aurangabad. It has 30 rock cut caves and it dates back around 2000 years old. The paintings inside the caves shows the Buddha and the Jataka lives. This is also considered to be the finest Buddhist architecture ever. 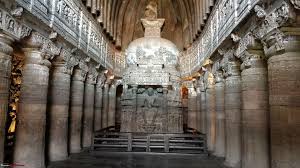 The Ellora are the famous caves of Aurangabad. It is the largest rock – hewn Monastic caves temples in the world. It is also a UNESCO world heritage site. It has 34 caves with Hindu, Jain, and Buddhist temples. It is open on all days except Tuesdays.

One of the most finest specimen of rock cut cave temples in India is the Elephanta cave in Mumbai. The Elephanta islands has two caves and one is Hindu caves and the other is Buddhist caves. You go there through a 1 hour ferry ride from Mumbai.

Kanheri caves is in the western outskirts of Mumbai and is in the forests of Sanjay Gandhi National park. They have Buddhist sculptures having inscriptions, paintings, sculptures, and relief carvings. It is a cave complex that is on the hill side and is so pretty in and out. 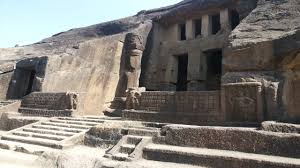 This cave in Madhya Pradesh take you back to the beginning era of mankind through the paintings inside the caves. This dates back to the stone age and can be around 30, 000 years old.

The Bagh caves has an exotic collection of 9 rock cut monuments made of sandstones. The cave has mural paintings and carvings that are made by famous painters. You will find the specimen of Buddhist architecture here. 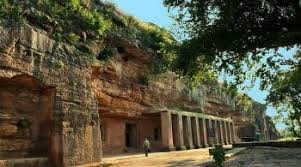 The Krishna Mandapam cave is a beautiful monument in Mahabalipuram. It is situated on the Coromandel coast on the Bay of Bengal. It is located basically on a hillock. It has an open air bas relief dedicated to Lord Krishna.

Badami caves of Karnataka is a beautiful complex featuring the Badami Chalukya architecture. It was built in the 6th century having 5 complexes. All the 5 caves are dedicated to different Gods. The architectural style is a blend of North Indian Nagara and South Dravidian. 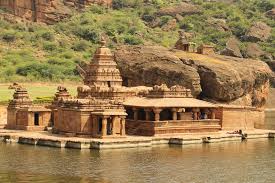 The Udaygiri Caves of Odisha is one of the pleasing and ruined kinds of caves and to explore them you will surely need a guide. Cave 4 is the Rani gufa cave wherein you can explore the damaged structures. Cave 10 is the highlight cave which is also called as Ganesh Gufa.

You will find a lot of historical references in this place. The caves look really beautiful from the outside as well. It is a multi tiered rock cave temples showing the Jainism history in Orissa. You will find the carved figures of women, flowers, elephants, and athletes inside.

It is a famous cave in Lonavala, Maharashtra. The grand entrance of the cave is gorgeous and has a horse shoe shaped arch. It was used as the spiritual retreat by the Buddhist Monks in their era. The walls are filled with sculptures of animals which were decorated with ivory tusks and jewellery.

Pallava and the Pandya cave temples are called as the Trichy caves which are protected by the Archaeological surveys of India. It is located on the basement of the hillock. You will find some very interesting sculptures on the walls of the caves.

Uttarakhand is truly blessed to have this cave temple. It is located in the banks of Rudraprayag and it is one of the ancient caves of India. It is believed that Lord Shiva meditated here on his way to Kedarnath.

The Undavalli caves look incredibly beautiful from the outside. It looks you are standing somewhere in historical area. It shows the intricate skills and craftsmanship in its architecture. It is marvellous.

The ever so famous and huge Borra caves are in Andhra Pradesh which is located by the Anantgiri hills. The unique thing about this cave is that they are natural caves and have originated from the Gosthani river. It is a popular tourist spot in Vishakhapatnam.

Now that you know about the famous caves of the country the next step by you should be exploring them at their best. Get geared up for it.