India is a land brighter and more colourful than a rainbow. Anyone would find more colours in the country than anywhere else when they travel from state to state. The diversity in our culture, a plethora of religions, change of festivals with the change of months, a different tradition for every religion, and lots of more things make this country full of delightful experiences. As one crosses one border of any state in India, there is something new waiting for one to discover that surely they have not seen before in their entire life. These experiences that the city has to offer gives incredible India moments to each traveller that stays for a lifetime. Here are the top 10 India experiences that one can enjoy in their lifetime.

Luxury Train Journey (Palace on Wheels/ Maharaj Express/ Deccan Odyssey etc.): To begin with, one can start with the best experience that the country has to offer which is generally overlooked over the beauty of the monuments. It is having a relaxed day in the luxury trains of India. The Palace on Wheels, Maharaja Express, Deccan Odyssey are some of the top luxury trains of India that are launched by Indian railways. These trains have all the facilities inside that too of a royal palace. It greets and treats its visitors with an exotic meal and an overall lavish experience. Enjoying a journey in these trains is one worthy experience that should not be missed irrespective of the rate charges it comes for.

Kerala Backwaters & Houseboat Stay: Kerala, God’s own country is known to be one for a reason. If Gods have found solace in this place, it is quite sure that every traveller would relish being here too. The highlight of Kerala is the houseboats stay in the backwaters of the city. The shape of the houseboats and how it looks is incredible and lying on it while it moves on the backwaters with the winds touching your face is the most relaxing thing ever. Watching the fishing nets from here, having Kerala’s delectable dishes, moving under the coconut palms, and having a glimpse of the sunset makes everything top notch. 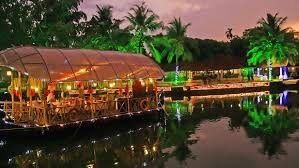 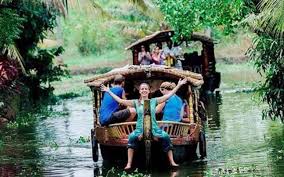 Camel Safari in Jaisalmer: Jaisalmer is one of the most stunning cities of Rajasthan. This city too makes for an epic tourist destination but cities like Jaipur and Udaipur always steal the limelight. The good part about this fact is one can have enough of Jaisalmer all for themselves when in the city with the least human hindrance. Jaisalmer is known world-wide for the dunes and being in a desert and not engaging in dune bashing is just not fair. Camel, the ship of the desert, are all ready here to take its lovely travellers on a desert ride. This one is really fun to try.

Stay in Palace Hotels in Rajasthan: As mentioned, Rajasthan alone is a state with a variety of colours and experiences. After done with the camel safari, the next best thing to do here is to stay in the palace hotels of the state. Rajasthan, formerly called as Rajputana, the kingdom of the Rajput rulers has seen enough number of grand Rajput palaces. The kings have lived their life of prosperity and for the humans of now, there are palace hotels to stay and relish the legacy of these brave rulers. Every money spent in these hotels is worth it because one gets to live like a king. 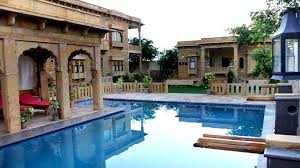 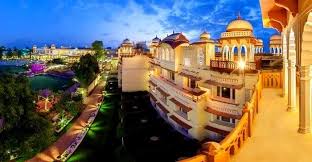 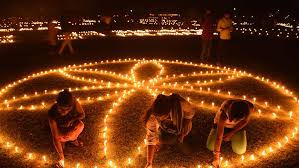 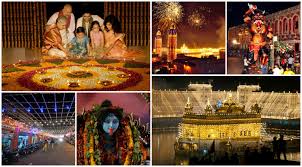 Learn  Yoga & Meditation in Ashram: India is the birth giver of yoga. If one gets a chance, they must spend a few days in the ashrams of India to try their hands on yoga and meditation. The best place to do this is in Rishikesh. Rishikesh is the yoga capital of the world where people from all over the world come to practice professional yoga. Staying in one of the retreats of the town or ashrams, for trying the hands in yoga and meditation guarantees a lifestyle of it for life. Taking one’s spirituality level high should be the goal while practising yoga here. 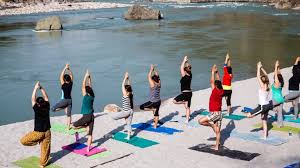 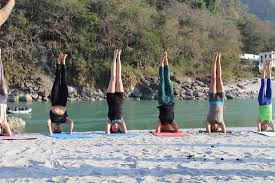 Visit Hindu Temples : India has very strong mythology behind its existence and the country boasts of devotees of Gods. In different cultures, different Gods are worshipped and the outcome of this is a plethora of the Hindu temples in the city. There isn’t any perfect count on how many temples our country has in all. Hence, visiting the major Hindu temples also counts for one of the top experiences to take from the city. Each temple has something unique that is a takeaway for sure. Hindus have their famous Chaar Dhaam Yatra in 4 cities which is believed to be the most auspicious 4 places in the country. Visiting these would also be more than amazing. 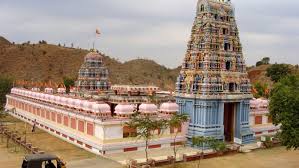 Do Visit Atari Wagha Border Beating The Retreat Ceremony: The Attari Wagah border is the border or a crossing between India and Pakistan. This is a very special place in the country that tourists from every part of the country visit to explore. It is in Amritsar, Punjab. Every evening at this border, a beating retreat ceremony is held. It is held when the border closes. The best part is watching the guards of both the countries march in elaborate military costumes. They come at the same spot of the border from their respective countries face-off across the border in front of packed crowds.

Enjoy Serenity in Tibetan Buddhist Monastery in Ladakh: Ladakh is a beautiful place that attracts every kind of traveller every year. Mostly known for its natural landscapes, adventure activities, and the serene atmosphere, there is also one major experience to take away from this city. That experience is spending some solace time in the Tibetan monasteries here. Dalai Lama has established the Tibetan settlement here where the Tibetan refugees reside. This is one of the topmost tourist destinations in the state where silence and positive thoughts take over everything. There are altogether 15 monasteries in Ladakh and Thiksey monastery top them all in being the most wonderful. 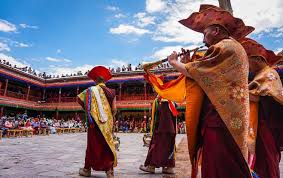