Cultural tourism is a stream of tourism where travelers explore the cultural or the heritage side of a place. It is a kind of travel where the travelers get to interact with the culture of the place up close and personal in terms of the lifestyle of people, area’s culture, the history of the people, architecture and art, religions in the place, and a lot of other things. The cultural diversity and the ethnicity of India is huge to explore. Moving from cities to cities and states to states, one would get to explore a different culture altogether. India has an extremely rich history with the perfect match of scintillating culture across the country. We Indians are blessed with the natural beauties of all kinds, different religions in almost every state, sumptuous variety of cuisines that is never ending, and different languages that are a treat in itself. Several cultural tour packages in India are offered by Optima Travels.

Here we give a list of top cultural destinations in India. Visiting these places ensures that you will see the most of the diverse India. Get ready to know about a lot of history and dig into a lot of cultural traditions of the country. Here we go.

Varanasi: Staring at the oldest city in the world, believed to be the abode of Lord Shiva, Varanasi is set across the holiest river Ganga with 88 ghats altogether on the banks of it that are sacred. The city gives perfect blend of traditions, religions, culture, colors, and lifestyle. Hinduism, Jainism, and Buddhism are the cultures and religions prevailing here. The old streets of the city with the old houses, hundreds of temples, hippies, pilgrims, ashrams, and travelers give a lot about this city to any intriguer. The religious rituals performed at the ghats, especially the evening Ganga Aarti, is the must to enjoy experience here. Ghats of Varanasi are secular tourist attractions where as the temples in Varanasi are religious places to visit. 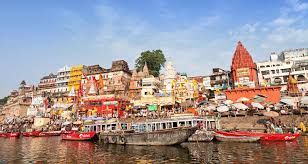 Agra: Agra is one of the popular tourist destinations in Uttar Pradesh. Mughals lived here for the longest time making it their Capital. Most of the Mughal kings have ruled here that resulted in enough gorgeous Mughal monuments construction. Be it the epic Taj Mahal or other beautiful monuments like Akbar’s tomb, Agra Fort, Jama Masjid, etc are all there. Travelers from all across the world visit the city to explore these living beauties. The vestiges of Mughal culture can be spotted in the city not only through these buildings but through the authentic food that you get on the streets. The street markets, the street food, the oldest houses, etc still showcase the Mughal culture.

Rajasthan: Each and every city of this state is rich in traditions and culture. Throughout the state, the authentic feels of Rajasthan, the Rajput kings, and the Rajput kingdom prevails till date. The people have preserved them all through a lot of things. The majestic forts, the pretty palaces, the gorgeous museums, the architectural temples, all of them seek royalty and pour traditions in the soul of the travelers. Rajasthan forms an incredible part of the cultural tourism of India. Not to miss thing is obviously the authentic Rajasthani food that is served at the streets and at the biggest places as well. It is a must try. Jaipur, Pushkar, Udaipur, Jodhpur, Jaisalmer, Mandawa, Mount Abu etc are famous tourist destinations in Rajasthan. 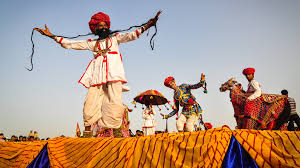 Kolkata: Kolkata is cultural & administrative capital of West Bengal. The British had this place as their Capital and they spent a considerable amount of time here giving enough touch of English to the city in terms of buildings. The rich Bengali as well as the typical British culture can be seen here in striking combinations throughout. From music, food, sweets, touristy spots, hangout places, literature, this city has a lot to add in the cultural department of India. The Durga Puja of Kolkata is one of the most culturally filled festival to explore in India. The old British buildings are a delight to explore. Kolkata is also one of the most picturesque cities in the world and is also one of the most photographed in its own country. 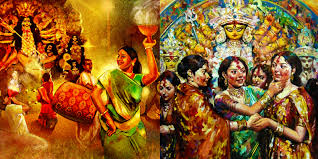 Madurai: Let us go a little towards the South of the country where we can announce Madurai as the cultural capital of Tamil Nadu. The traditional feeling and the cultural heritage of the city backs for around 2500 years. Madurai is a beautiful temple town and is known for its Meenakshi Temple that is world famous. The devotees and the travelers from all across the world visit the town to explore and pray at this temple. Even the scholars from across the globe visit the town as it is the center for learning the Tamil language and other education as well. The festivals celebrated here are also quite colorful and exuberant.

Karnataka: The beautiful towns in Karnataka like Hampi, Mysore, etc are the pride of Karnataka when it comes to cultural tourism. Mysore is known as the city of palaces because it has some of the most incredible palaces in the world. It is a treat of a place for the travelers and the photographers. Karnataka shows a different side of India through the food, traditions, and the culture. Hampi is another beautiful town of Karnataka that shows the beauty in the ruins. It is an old dilapidated town known for a number of adventure activities and raw vacations. Gokarna is another beautiful small religious town known for beach holidays and beach trekking. 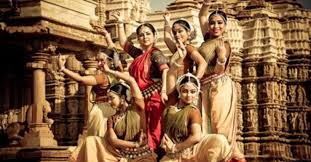 Goa: Goa is a state that is every vacationer’s holy place for having the luxuries holiday in India. Goa is a lot more than the beaches and the clubs that are throughout the state. But, the cultural side of Goa is also too exotic to define its lavishness. Obviously, the Portuguese and the Dutch culture is spilled throughout in Goa. The houses, the food, the architectural side of the city, the religious sites, all of them shows the real vibe of the state. The Goan carnival and the authentic food of Goa is something different than other parts of country. Christmas and the New Years are the best time to explore Goa. 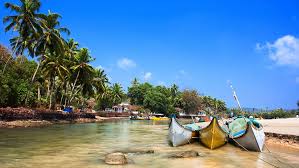 Delhi: Last on our list is Delhi that has some Mughal influence in its lifestyle along with an amazing touch of modernization. The old traditions and the diverse culture is the melting point of this territory. Along with the old Mughal monuments to the modern buildings, this place has a lot to offer. A lot of people from various parts of the world have settled here leaving enough traces in Delhi. The bustling bazaars, the beautiful monuments, the pretty palaces, the important spots of the city, the typical Delhi food, and the warm hospitality that Delhi has to offer is what can be talked about portraying the culture of the place. Delhi is the best example of development and tradition.