Cultures and traditions freely flow in India and the best part are, they are available in different varieties throughout the country. Every state, every city, and every border gives a rise to the new culture for mankind to explore. The different shades of traditions of different religions, tribes, or states contribute together to form an epic culture of India. Travelling across India doesn’t only mean exploring the different kinds of places with a varied topography but it also means experiencing different cultures of different religions. Our history, mythology, tribes, different religions boast of different cultures from Kashmir to Kanyakumari. Every inch of the city is a proud believer of spreading their traditions to the fullest so it doesn’t die. A cultural tour of India can be best explored through these amazing cultural destinations of India.

Jaipur: This capital city of Rajasthan, formerly called Rajputana has seen so many wars, so many highs, and so many lows. But, the only constant thing that it has seen is the bravery of the Rajput kings and queens. The cultural aspect of the bygone era holds the most strongly in Jaipur. This pink city, as it is fondly called is known for the epic forts and the palaces of the Rajput kings. Jaipur proudly continues to take its traditional legacy forward by keeping its authenticity high. Along with the major lavish buildings of the city, Rajasthani cuisine is also a way this city is taking their tradition high.

Delhi: Delhi is one of the most important cities of India presently and this has been right from the Mughal era. Delhi formerly named as  Shahjahanabad has been the most favourite city of the Mughals and almost every invader who came to India. Delhi is one of those Indian cities that has a perfect blend of being the most modern and traditional at the same time. It can be called as the melting point of cultures of various traditions. On one side the travelers can enjoy the old monuments of the Mughal era and then instantly have the best Asian dinner at some lavish restaurant.

Varanasi: The oldest living city on Earth, the abode of Lord Shiva, the city of the temples, are some of the phrases used to describe this city and the list can continue. Varanasi is one of those cities where it seems like traditions, cultures, and rituals, freely flow throughout every inch of it. The sight of the duplicated buildings in the narrowest possible streets, the lit Ganga Aarti at the time of sunset, the Banaras ghats, a plethora of the temples, all combine to describe Varanasi. The diversity of the cultures and the colours in this city gives an amazing experience to the travellers. Hinduism, Jainism, and Buddhism are the major religions prevailing there.

Rishikesh: The yoga capital of the world, a hub of the devotees and pilgrims, the adventure capital city of India, and a leisure relaxed vacation destination are the sub names of Rishikesh. People know about Rishikesh because of these mentioned prevailing activities in the city. This small hill station is nothing less than a heavenly abode being located on the foothills of the Himalayas. The sight of the Ganga flowing through the big rocks on one side, with the sight of the marvellous Ganga Aarti at the Triveni ghat is an amazing contrast for the travelers. Visiting temples, trying hands-on yoga in yogapeeth, and having a luxury holiday in the resorts is what makes Rishikesh a packaged hill station for holidays.

Amritsar: From one side of North India, directly going to its another side and that is Punjab. Punjab is a land famous for its unique lively traditions, playful culture, vibrant festivals, and the most friendly people. In Punjab, one of the most important cities that boasts its culture entirely is Amritsar. To begin with, it is the home to the Golden Temple which is the holiest shrine for the Sikhs. Apart from this, authentic Punjabi food and shopping are the other ways in which the city promotes its culture. Interacting with the locals and seeing the outskirts of the town shows the real Sikh culture in various ways. A must visit place for everyone! 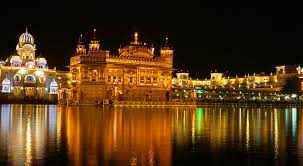 Kolkata: A perfect contrast of the British era culture and the ancient Indian culture with the modern lifestyle of the residents, this city has a lot to offer. This is the city that is called as the city of joy because of the lively people, amazing food, lit streets, friendly people, music, art, and lots more. This city was the original capital of India and now it has safely turned to be one of the finest cosmopolitan cities of the country. The European architecture is followed in most of the buildings of the city, the British era is still preserved with the ancient English buildings, and the river Hooghly passes proudly through it.

Goa: Goa is known for being the most epic party destination of the country or the biggest holiday destination as well. But, what is underrated is the culture of the state. Goa has seen enough invaders from the Dutch to the Portuguese and their influence still prevails in the state. The Indo-Portuguese architecture proves the amalgamation of the Indian and Portuguese style in the construction of the buildings, houses, and churches. Even the authentic food of Goa has been highly influenced by these. There are a lot of festivals organised in Goa throughout the city like the Shigmotsav festival, Goa Carnival, Christmas, etc that depict the traditions of this state. Goa is dotted with scores of beaches. The beaches of Goa are among the most loved beaches across the globe.

Mahabalipuram: This temple town in Tamil Nadu is known for its distinct culture during nature since ages. The monolithic sculptures and rock carvings in the temple designs of the city, make it very famous throughout. The craftsmanship and the creativity of the Indian artisans of that time are still prevalent through these huge monuments, buildings, and temples. It shows the South Indian style of architecture. Their cultural heritage is very well explained through these sculptures and the intricate carvings. The people, their local festivals, their traditions have made a remarkable note in the Indian culture.

Puri: Odisha, precisely Puri, is famous for the temples. The ever so known, the massive Jagannath Temple is in Puri. It is from this temple that one of the most epic processions called as the Rath Yatra is carried out. This is a yearly festival that is carried out grandly in the city where the God Jagannath is taken out in a procession that is followed by a huge crowd of devotees who tour the city with the God. This is such a colourful festival to be a part and see the activities. This is a procession in which people should take part at least once in their life.

Leh Ladakh: In contrast to the cities mentioned and talked about above, Let Ladakh is a very different one. There is a cultural diversification in the city but Buddhism is the religion practised and promoted there majorly. The inhabitants of the state are from the Indo-Aryan ethnicity who have migrated from Tibet to start their living here. These people have introduced their Buddhist culture here which is very rich and colourful. Mahayana Buddhism is the predominant religion of the state to be precise. The native people of the place with their native attire is just mind-blowing.