Talking about the ancient cities, the first thing that comes in the mind is the history attached to them. But, along with the history that includes a lot of stories, there are more things that these cities have seen. These cities have stood by the time and have seen the entire human civilization. Some of these cities have also seen God’s presence and are now standing strong treating the humans in the best way possible. With every scar that these cities have, they depict a story of evolution, tumultuous history and undying urge of survival. India being rich in heritage, there are a plenty of cities that are interestingly ancient. These cities have seen different kingdoms over a span of time and now they are in different states. Being one of the oldest civilizations in the world here are 10 most ancient cities in India.

Varanasi: Varanasi in Uttar Pradesh holds a position of being the oldest city in the world. It is believed to be the abode of Lord Shiva whose history dates back to 3000 years as per the historians. But, the Hindu scriptures claim it to be far more ancient than the claims of the western historians. Also called as Kashi, it is one of the most sacred cities of India situated on the banks of holy river Ganga. It is also called as the city of temples which attracts the pilgrims from all over the world. The temples in Varanasi hold immense religious significance. Kashi Vishwanath Temple, the most visited shrine, is included in Dwadash Jyotirlingam. The strong belief of bathing in the River Ganga and getting rid of humanely sins along with different pujas / rituals being performed at the ghats of Varanasi is a sight to behold. The old narrowest streets with dilapidated buildings are the charm of the city. 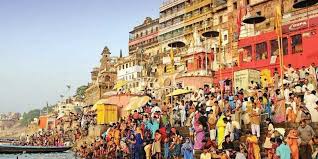 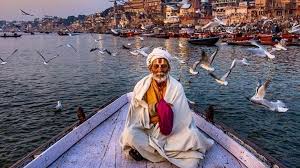 Ayodhya: Another ancient city having a very strong historical & religious presence is the city of Ayodhya, the birth place of Lord Ram – Ram Janmabhoomi. Located on the banks of the river Sarayu is this city which was the capital of the Kosala kingdom. This one is believed to be 9000 years ago according to some historical sources. Manu was the person who established this city. Owing to constant Muslim invasions, British rule & biased secularism under the influence of the leftists, Ayodhya remained in derelict state. Presently, it is a small town with not-so-large number of tourists but the scene is bound to change after the construction of Ram Mandir. 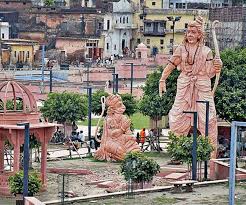 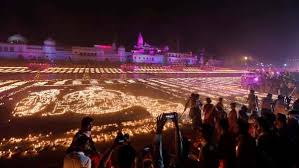 Tanjore: The ancient monuments of Tanjore city depict how rich the history of this place would have been. Tanjore, also called as Thanjavur, is known to be the royal city of the Cholas and Nayaks. It is again a city of temples because of obvious reasons and its name is kept after the demon Tanjanasura. Lord Vishnu and Sri Anandavalli Amman were the ones who killed this demon. It is a historical city with the most gorgeous temples and monuments that show the grandeur artistic architectural style of the Cholas. It is a beautiful city.

Delhi: Delhi, the heart of India, has charmed the world and ruling dynasties of India. In ancient scriptures, present day Delhi was called as Indraprastha. In Mahabharata, Indraprastha was a prominent city. In ancient times, again the city was founded afresh by the Tomar dynasty in 786 AD and named as Lal Kot. The Mughal invaded India and made this city as their capital and was called as Shahjahanabad after Shah Jahan’s name. The British also made their strong presence here, built New Delhi and declared it as capital of India. Currently New Delhi is the capital of Indian Republic.  The city has seen rise and fall of various kingdoms and now is the most contemporary city of India. 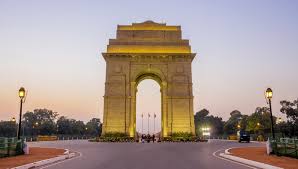 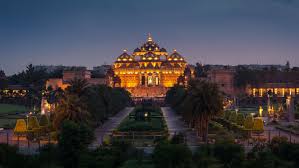 Ujjain: It is one of the ancient-most cities in Madhya Pradesh and located on the banks of the River Kshipra. The history of Ujjain dates back to the Puranic tradition. This one was the capital city of Avanti and was known in Sanskrit literature as Ujjaini. Kalidas, a very famous Indian poet has written enough about the city in some of his works. Presently, the city is the most famous for the Mahakaleshwar Temple and the epic Kumbh Mela takes place here once in every 12 years. It is a beautiful city to explore for everyone.

Hampi: A stone city known for its stone temples and the ancient buildings has seen a fantastic past and the strong ruins are a proof of it. Hampi is a South Indian village cum small town in Karnataka that has now become a hub for the travelers from across the world. It is now a UNESCO World Heritage Site as well. The grandeur of the remains of ancient temples of the city throws light on the glorious history of the place. Hampi was the capital city of a very popular empire called the Vijaynagara Empire and the king of that time was Krishna Dev Raya who nurtured this place like never before. 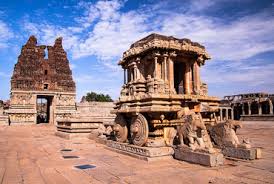 Gwalior: Gwalior in Madhya Pradesh is known for the epic and magnificent historical sites, royal residences, and gorgeous temples. One of the historically prestigious places with rich & glorious history, Gwalior is most famous for the Gwalior Fort. There are many beautiful places in the city to explore like Gujari Mahal, Sas Bahu Temple, tomb of Muhammad Ghausand Tansen, Teli ka Mandir, Bir Singh Mahal, Padavali, and Bateshwar. The Scindia legacy is famous in Gwalior and people need to explore all this when visiting the city. 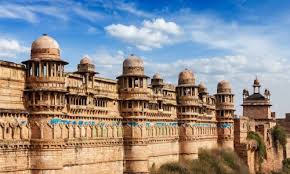 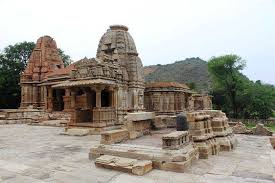 Vrindavan: One of the other ancient Indian cities that are directly related with the Hindu history and religious scriptures is Vrindavan which is located adjacent to Mathura, the birth place of Lord Krishna. It is a beautiful village where there are numerous of Krishna and Radha temples throughout. It is the town in which Lord Krishna has spent his entire childhood and there are enough spots in the village where he spent his time. Exploring these spots, paying regards at the temples, experiencing the village life is entirely a bliss. Quite away from the hustle bustle of the city, it is a great mind relaxing place. 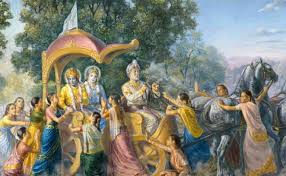 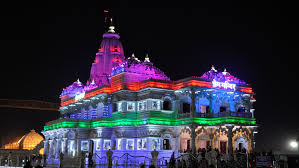 Madurai: Another city that is very ancient and whose existence dates back to thousands of years is Madurai. Precisely, the existence of Madurai is around 4000 years old. Like a lot of ancient cities, even Madurai in Tamil Nadu is known for the different astounding temples that the city has. The Meenakshi Amman Temple is one of the top spots in the city that is famous among the tourists and also the locals. This temple constructed in the 7th century is known for its brilliant architecture that has the finest detailing. Koodal Azhagar Temple is another famous temple of the city known for being one of the 108 celestial abodes of Lord Vishnu. 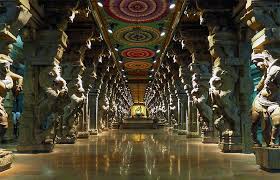 Kollam: Kollam is known among the masses as one of the cashew exporting cities in India. But, historically, Kollam in Kerala is one of the ancient-most cities in India. It is a city of beautiful nature and astounding history. Back then, the city was a famous trade center for a lot of traders like those of Arabs, Persians, Chinese, Romans, and more. Presently, there are enough mind blowing tourist spots in the city that makes this city a popular sight-seeing place. Quilon or Desinganadu are the other two names of the city. 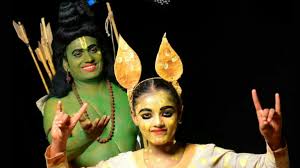 10 Best Tourist Places to Visit in India in March